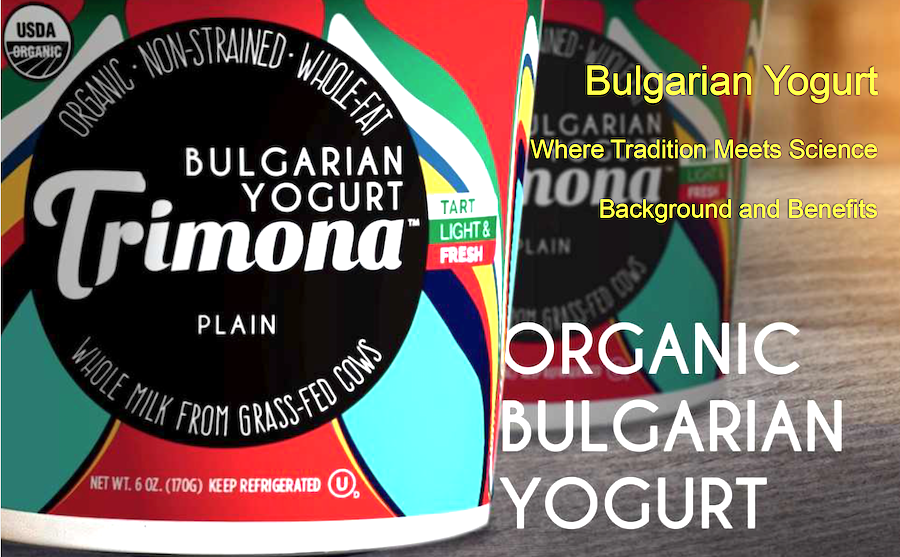 Atanas Valev, Founder & CYO (Chief Yogurt Officer) for TRIMONA FOODS, INC has been making yogurt at home for about 20 years since he moved from Bulgaria to the U.S. in 1991, and he will be here with samples of his easy-to-make, and delicious-to-eat Trimona Mousse on January 18th!

Yogurt is a staple in the healthy food diet in Bulgaria and it’s the most popular food. Bulgarian yogurt is the original yogurt, no joke! The yogurt culture that makes all yogurts around the globe originates from Bulgaria and back in 1905 the scientists named it after the country – Lactobacillus bulgaricus

In 2015 he was interviewed by NPR which introduced their listeners with his yogurt making story.

In 2018 the nutrition expert and celebrity trainer Thomas DeLauer did a video segment about Trimona which now has close to one million views!

He is a huge proponent of ketogenic and low-carb diet and particularly fasting. He has done a lot of experiments with Trimona yogurt and proved that it definitely belongs to these kind of diets because of its high fat content, moderate protein and low sugar/carbs.